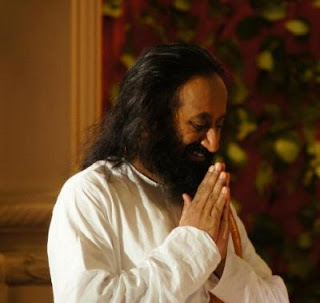 So we will recapitulate what we have been doing in the last two days.
How meditation can happen in many ways.
Meditation is a happening, this is the first point.

So how can this happen? We saw many methods or many ways.

Second is pranayama. This is even more important because we have five bodies to us (Panchakosha). First is the physical body, then the pranic body which is the bio rhythmic force or bio electro-magnetic energy. Then, we have the mind or the consciousness; then the intuitive body which is a further refined consciousness, and then the blissful.
Usually we think the mind is inside the body, but it is the other way around. Body is inside the mind. I usually give the example of the Phantom Arm. Even though the arm is amputated a person feels the arm is still there, i.e., the subtle body which is still there.
So, through breathing techniques and breathing exercises, the mind becomes very serene, calm, and happy.
Then through any of the five senses the mind can become meditative. Through taste, smell, sight, sound and touch. Then through emotions; heightened refined emotions. Love, compassion, sense of service, all these can bring a certain degree of serenity to the mind; it becomes very calm and meditative. Through emotions you can attain the same meditative state.
Then through intellectual understanding.
One of the examples I gave is, when you go to a space museum or watch a space movie, then you see the earth in contrast with the universe, and how small this earth is, and where you are to what this universe is. That stimulation of the intellect brings a different context to life and makes the mind meditative. That little chattering mind just shuts off. The mind is chattering all the time, finding fault in others, or oneself, and suddenly you find all these things are insignificant compared to the vastness of the universe and of this existence. The awareness about this existence suddenly takes you to another plane of serenity, of calmness.
So through intellectual stimulation also meditation happens.