Is There One God Or Many? 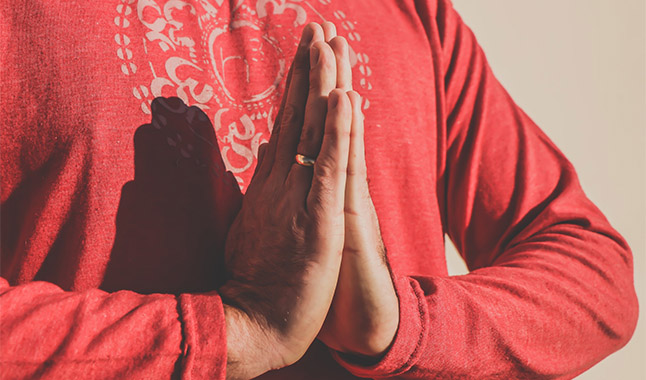 There is only one God!

All religions say that there is only one God. Judaism says there is only one God. Christianity speaks of only one God. Hinduism speaks of only one God. It is said, ‘Ekam Sat Vipra’, there is only one God but manifested in many forms. You can adore him in whatever form you want.
There is only one light, but light has seven colors. In the same way, Islam says that there is only one God, but 99 names. Hinduism speaks of the 108 names and 108 forms of God, because all forms belong to one God only. The same God is in every form.
Is God a Person?
God is space, he is not a person – he is not an object, it is energy. And what is that energy? Jesus called it love. Love is God. And that is what is said in the Upanishads, and in the ancient Vedic Scriptures – God is love, God is energy, He is in you as you, and He is in everybody.Somewhere He shines more, somewhere He is shining less.
In Spain, the sun shines more, and in Berlin it shines a little less. Like that, in some places he is more visible as love and in another place, he is more visible as something else. So, God is energy, and that is what we are all made up of, and everybody is made up of. There is only one God everywhere.
But the difficulty is when one says, ‘My God is the only God. Your God is a false God.’ This is the problem.
‘Only if you believe in this book of mine, you will go to heaven; otherwise you will go to hell.’ That is why this world is suffering today with terrorism because some people think only they have the key to heaven, and not the others. This is not correct.

Accepting Wisdom from all Sources

You have no difficulty in eating Danish pastry, no difficulty eating Chinese food. Just by eating Chinese food, you don’t become Chinese. Tomorrow you don’t start speaking Chinese. You eat Chinese food and you like it. In the same way, we should accept knowledge also. If it is Hinduism, Buddhism, Taoism, Shintoism, Islam, Christianity or Judaism, anything that uplifts human life should be welcome.
Don’t think if you read Buddha’s scriptures or if you read Hinduism, then Jesus will be angry at you, or you have betrayed Jesus. Not at all! This narrow-minded division that people have created is out of ignorance, or fear, or wanting to control. Ignorance mainly.
So we need to bring that big awareness in people. It is so necessary.
I see so many heated arguments, fights, killing and inhuman behavior. That is why we don’t talk about any religion, just come and breathe. When they breathe, then they realize, ‘Oh, yes, I can feel very good inside’. When you become hollow and empty, you feel good.
Email ThisBlogThis!Share to TwitterShare to FacebookShare to Pinterest